Even before I had read Pernille Ripp’s article in Learning & Leading with Technology magazine this month (one must be an ISTE member to see the latest digital issue), I signed myself up on the Skype Classroom site (as well as a few Google Docs that had floated around Twitter) to participate in what is called Mystery Skype. 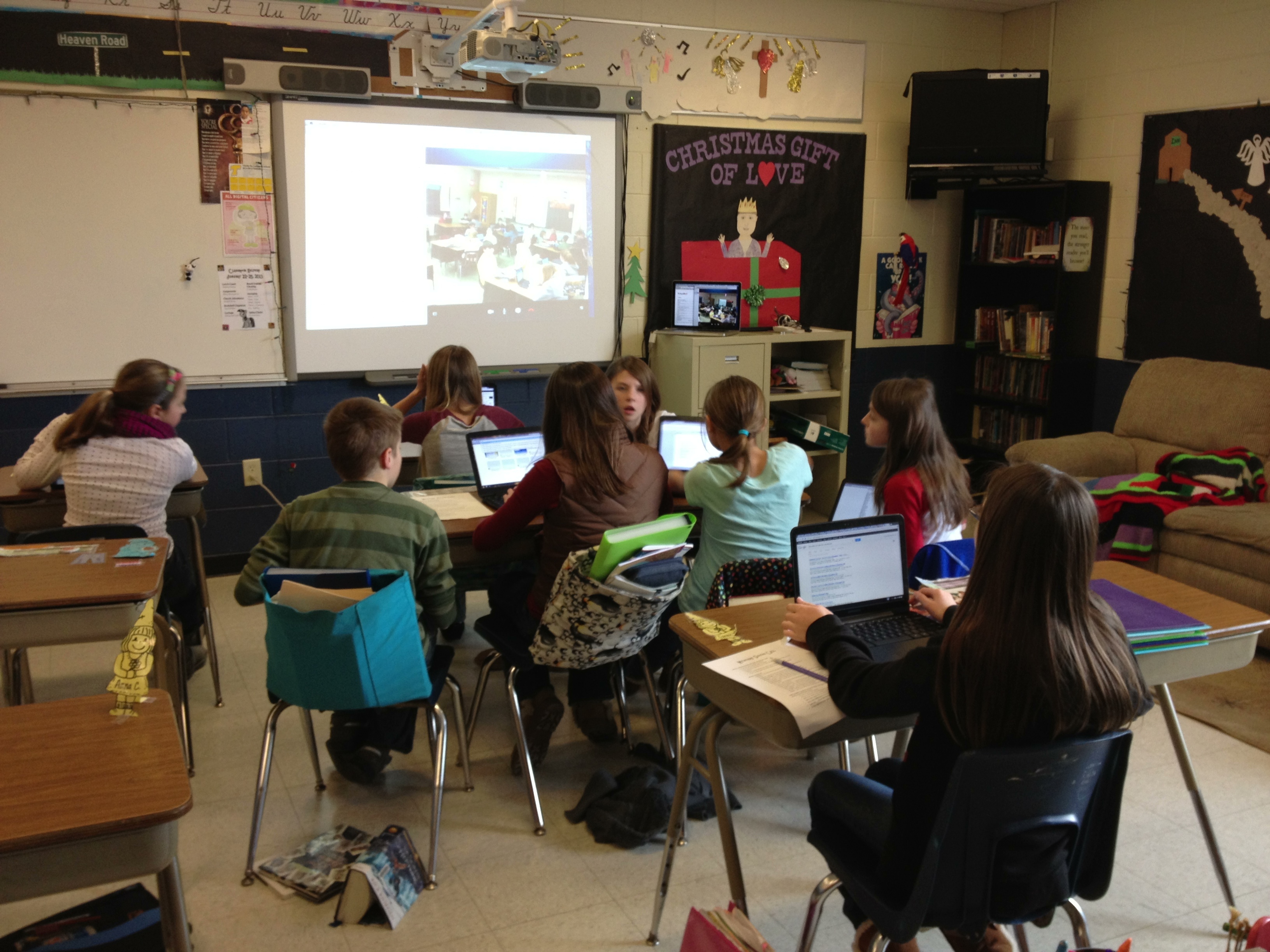 Kids deliberating on asking questions of the other class

The premise behind Mystery Skype is that neither classroom of students knows from where the other classroom is calling. They must use their geography, critical thinking, and mapping skills in order to determine where the other students attend school. There are many roles which a student can perform while participating in a call. Today, we had a group of Inquirers, a group of Google mappers, a group of TodaysMeet backchannel chatters, a Question Keeper to make a transcription of the questions we asked, and a few students who couldn’t decide jumped in wherever they could help out. I worked as the photographer and the encourager.

There are a few suggested rules you can follow, such as taking turns asking questions. I think it would have gone a little more smoothly if we had gone back and forth asking questions instead of one group figuring out clues while the other group sits and waits to answer yes or no.

The biggest challenge was to get the students to critically think about the questions they were asking. After we had figured out the state was “sort of” on the border between two countries, and they were near a Great Lake, I had a student ask whether they were east of the Mississippi River. 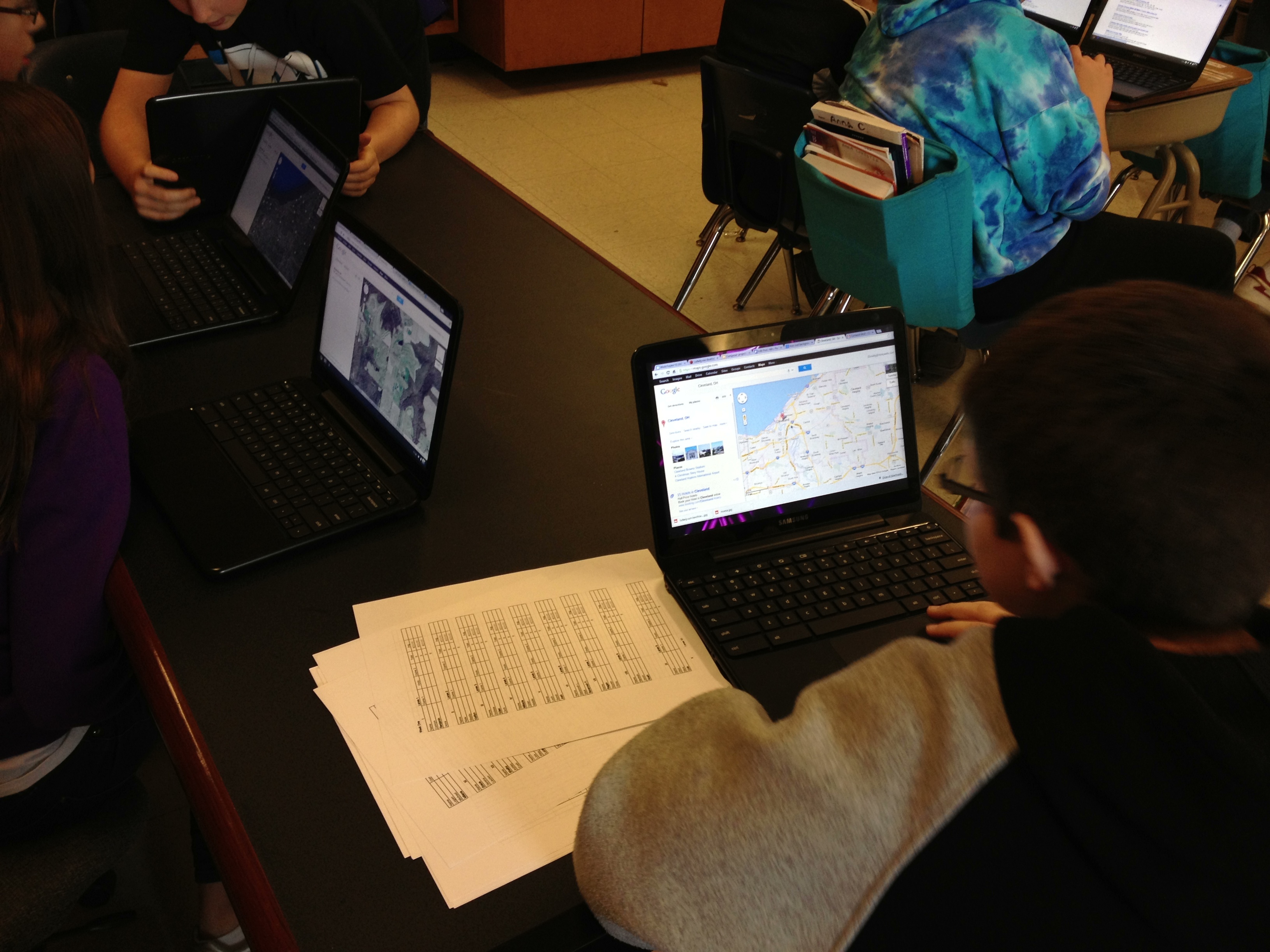 Part of the Google Maps team narrowing down the location

It was our first time doing this, so I didn’t mention much about it, but hopefully they’ll realize how the questions work if we do this again (which I’d like!). The most fun part of the call were the giggles that we received when trying to pronounce “Cuyahoga” County, by Cleveland, OH. My students giggled, too, when the students from Ohio tried to pronounce “Waukesha” county.

I have a few students who are working on a blog post about the event, and as soon as it goes live on our KidBlog site, I will link it here. If you get the chance to use Skype to communicate with other classrooms, take it!